Brite Semiconductor also provides comprehensive silicon proven “YOU” IP portfolio and silicon platform solution, which can be widely adopted in consumer electronics, IoT, wearable devices, communications and computers, as well as industrial and municipal areas. As part of YouIP portfolio, YouSiP (Silicon-Platform) solution provides a prototype design reference for system house and fabless to differentiate their products and win the market rapidly.

Brite Semiconductor was founded in 2008 by venture capital firms from China and abroad, and collaborated with Semiconductor Manufacturing International Corporation (SMIC) as strategic partners in 2010. With headquarters in Shanghai, Brite has three subsidiaries, Beijing Brite IP, Hefei Brite Technology and Brite Semiconductor (Suzhou), and also has offices in the US, Europe, Japan and Taiwan. 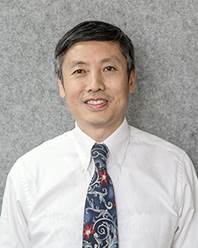 Dr. Zhuang has over 20 years’ experience in ASIC design, project management and company operation. He has served Texas Instruments, Conexant, SimpleTech and Broadcom Corporation in US.  Prior joining Brite Semiconductor, he co-founded Novel Data Solutions Corporation in Suzhou and served as CTO. 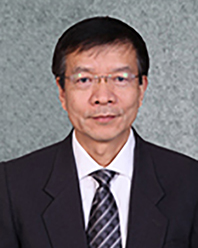 Dr. Hanming WU received his PhD from Chinese Academy of Sciences in 1987 and was promoted as research professor in 1994. He has been also engaged in R&D at Novellus & Intel during 1996-2001. Dr. WU joined SMIC in 2001, set up the Advanced Etching Process R&D Department of Technology Center, and led and initiated 90nm to 14nm CMOS six generation research projects. He has published over 100 papers and more than 80 patents (including 30 international patents), and some of his research achievements have been adopted in the textbook of world’s top universities. Dr. WU was once the Vice President of Technology Development at SMIC.

Leader of “65-45-32nm CMOS processes and industrialization” national project of The 11th Five-Year Plan 02 of China;

Chief scientist in “32/28nm CMOS processes and industrialization” project of The 12th Five-Year Plan of China;

Second Prize of National Science and Technology Progress Award of China for twice, and Provincial and ministerial level award for four times;

Chair of Process Session of ISTC 2007 held by IEEE & SEMI; and conference chair of  CSTIC 2010, which is sponsored by ECS, IEEE and SEMI;

Honor of “National Top Ten Excellent Scientists and Engineers” in 2014.